HOW TO PLAY BINGO

Bingo is a classic gambling game, played in private facilities, at Church functions and charity events, to villages and town squares and now is being played by many online.

Young people and old can enjoy Bingo. If you’ve never had time to learn how to play bingo, or the only thing you know about bingo is that there is a song with a dog called bingo, we have outlined everything you need to know to play in the casino, in a hall, with your friends or online. 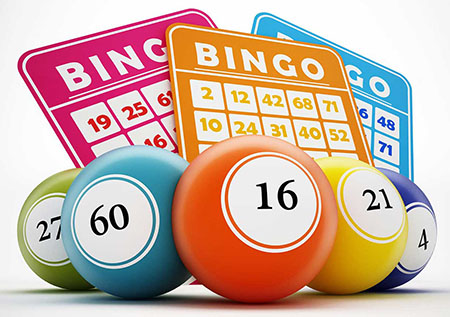 Before the game begins

Bingo is a relatively simple game to learn and play. Numbers are called or drawn at random until a player is able to cross off a line or pattern of numbers as quickly as possible as they are called out, or as they appear on the screen when you play online. This pattern can be vertical, horizontal, diagonal, or another pre-determined shape or pattern. The most popular bingo patterns are described further down the page.

When you play online the cards will be randomly chosen for you by the casino software. However, if you are unhappy with the cards you are dealt (no metaphor intended here), you can choose to get new cards with different numbers. When you play online you can also customize the settings to change the colors and whether you want to daub yourself or have it done automatically.

The action of the game happens on the bingo card. Bingo cards generally all cost the same amount, and players can purchase multiple bingo cards, also called a bingo ticket which will have all numbers 1-75 between them. The cards for 75-ball bingo, the main bingo variation played in the United States and Canada show a 5×5 grid with “BINGO” printed across the top.

The grid will have numbers ranging from 1 to 75 marked out of order. For ease of location, all numbers between 1 and 15 appear under the B column, 16 to 30 under the I, 31 to 45 under the N, 46 to 60 under the G and 61 to 75 under the O. There is also free space in the middle. In a live hall, a player will call out ‘Bingo’ when he/she has crossed off the numbers in the patterns, whilst online the casino software will detect your win automatically. 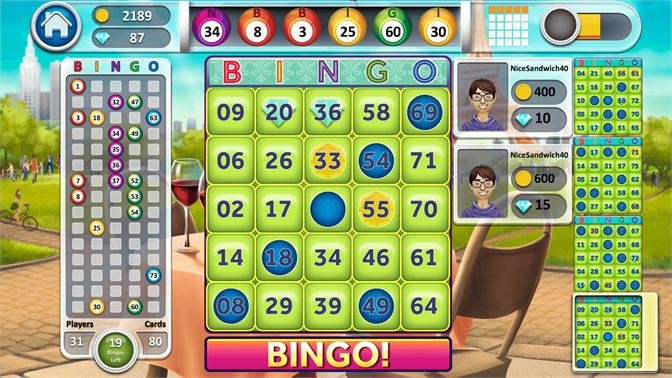 1) Purchase bingo cards or tickets. If you want to start off slowly just buy one or two cards, however, if you want to increase the fun of the game and have a chance to win for the patterns that span across all cards, then purchase a ticket or multiple tickets.

2) The game officially starts when the first number is called. A bingo caller will periodically call out numbers which he obtains by removing numbered balls from a ball blower. When you play online the number of the ball will appear on the screen.

3) When the announcer calls a number, players mark that number on their card(s) if they have that particular number on any of their cards. Players often use a marker called a dauber to mark their cards. When you play online you can choose to daub yourself, or you can choose to have this done automatically by the casino software. If you have multiple cards and you chose to daub yourself remember to be quick as the next number could be announced before you have found the previous one!

4) As numbers are called continue checking whether or not you have a complete line or pattern.

5) When a player has marked five called numbers in a row, vertically, horizontally or diagonally, he or she calls out “bingo!” Whoever is the first to do this wins. When you play online the casino software will detect your win automatically.

6) When you see you have a winning pattern, you have to call loudly. If you do not make it clear you have a winning line or pattern and they have already drawn the next number, your winning bingo will no longer be valid. Make sure the game is stopped at the right moment in order to avoid this disappointment.

7) If you shout out ‘bingo’ in a live casino/hall then someone will come over and check your card to make sure you have a line or the correct pattern and that you crossed off the right numbers.

Each casino may have some slight differences in the rules as there are different variations, so make sure you read up on the specific casino rules.

There are different versions of bingo which you will find in online casinos if you want to change things up a bit. You will find 90-ball, 80-ball and 30-ball bingo games.

90-ball bingo: This variation is widely played throughout Europe and Australia. The bingo card has 9 columns and 3 rows, with numbers that range from 1-90 on the bingo card.

80-ball bingo: Popular in online casinos, the bingo card for this variation is a 4×4 square with numbers that can range from 1-80 marked on it.

30-ball bingo: Also known as ‘speed bingo’, this variation is played on a tiny 3×3 bingo card. As it’s so small and quick to play, you can only win the blackout pattern. 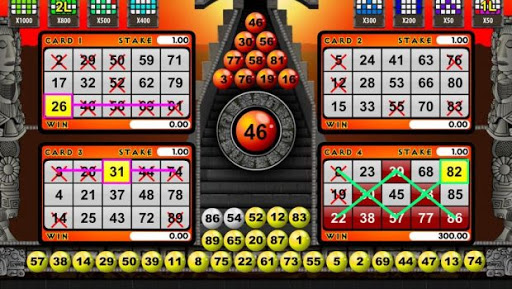 Bingo games may award additional prizes when you manage to mark off different patterns of numbers, for example, making an “X” on the card, getting all four corners, or “blackout,” marking off the entire card. If these are in play, the caller continues to announce numbers until the player achieves additional patterns. Multiple patterns can be available as a winning pattern within the one sitting meaning you can get multiple winners for the different patterns, or you can win big by having different winning patterns on your cards.

However when there are winning patterns, check with the casino whether or not that pattern is a ‘hard way’ pattern meaning the free space on your bingo card will not be able to be used for the pattern, making it a bit harder for you, but gives the game a bit more of an exciting edge.

Lines: The most popular bingo pattern across all bingo variations would be winning with a line – horizontal, vertical, or diagonal. In 75-ball bingo this would be five numbers across, down, or diagonally.

Blackout Bingo: You need to mark off every single square on your card to achieve a blackout bingo. This is the most common pattern you will find in 30-ball bingo as the card is only 3×3. If you manage to achieve this one in 75-ball or 90-ball bingo you’re in for a nice prize, but it’s a lot harder to achieve. This kind of bingo is also more common with online bingo games that have a progressive jackpot.

T’s: The pattern, as the name indicates, is in the shape of a capital T with numbers marked down the middle row and also along the top row, or upside down with the bottom row marked instead of the top. However, it can also be designated a ‘crazy T’, meaning that you can win if the T is right-side up, upside down, or even sideways with the numbers marked across along the middle row, and either the down the right or left side column.

U’s: This bingo involves daubing the squares around three connecting sides of a bingo card forming a ‘U’ shape when the left, right and bottom sides are marked off. You can also win if it’s turned sideways in the shape of a C with numbers marked on the bottom, left-hand side, and top row. It also works in reverse with the right side, bottom, and top row marked. You can also win with an upside-down U when the top row and both left and right sides are marked.

Square Bingo: You need to mark off the numbers along all four sides of the card to form a square.

Diamond: There are two potential diamond shapes, the little and the big diamond. The small diamond is a small shape which consists of marking the squares that are to the left, right, top, and bottom of the free space square in the middle of the card. The big diamond has its points in the center square on the top, bottom, left, and right side.

Broken Picture Frame: This is a very fun pattern to play. In sum, it’s a square with some of the squares left unmarked. You need to mark off all corner and middle squares along the top, bottom, left, and right side of your bingo card, leaving the rest unmarked.

American Flag: This one is great for that 4th of July bingo game! The pattern consists of marking the top three rows, and marking the flagpole by marking the bottom two squares in the column under the first column ‘B’ or the last column ‘O’.

There are many, many more patterns that you can find when you play bingo online, casinos are getting more creative by the day so you will never get bored, the more you play you will be able to pick out your favorites.

There’s nothing stopping you from playing bingo right this very moment with such easy rules and so many fun patterns – you can play for hours on end. If you want to try to increase your odds of having winning patterns read our bingo strategy page for all the best tips. You can also find out all the lingo used by the most proficient bingo players on our bingo terms page.

If you want to start playing immediately then click on the best bingo online casinos in our top list on You don’t even have to do anything if you click the auto-daub function – just sign up, pay for as many cards as you want within the casino limit, click auto-daub and sit back and win on multiple cards!