HOW TO PLAY CRAPS

Craps has got to be one of the most thrilling casino games you’ll ever come across. It’s the all-time American classic, often featured in movies as the most exciting game and fast-paced game in the whole casino.

The internet is littered with casinos where you can play real money craps, but if you’re new to the game, it’s always wise to try out free play first. Don’t let the craps table intimidate you though, as even though there’s lots of action going around, the game is pretty simple to play. 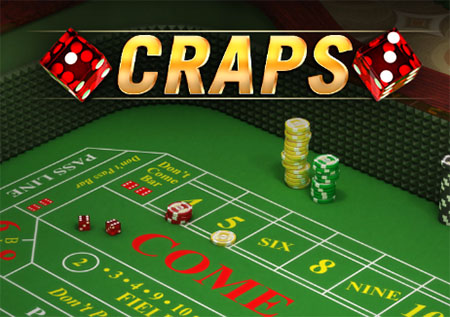 How to play Craps – Rules & Walkthrough

If you’re looking to learn the ropes of the game and discover the best online crap sites to play real money craps, then your search ends here. We’ll be delving deeper into the mechanics of the game, how craps betting works as well as the terminology used in the game, so you’ll feel absolutely confident before hitting the craps table.

How to Play Real Money Craps

As touched upon briefly above, craps is a game full of action where players are able to make money together. The social element of the game brings players around the craps table and it can get pretty rowdy when money is made together.

To get acquainted with the game, the first thing you’ll need to do is get familiar with the craps table to get a better understanding of what you’ll be dealing with. By studying the table closely, you’ll quickly realize that both sides are virtually the same and the middle of the table are the bets called ‘long’ shots’ 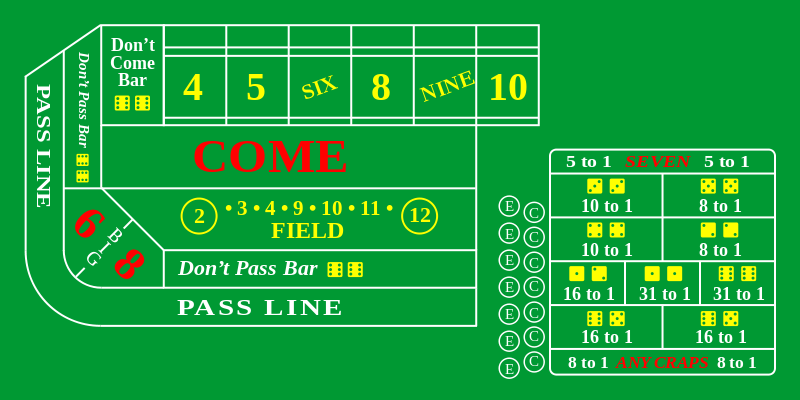 In the section below, we’ll be taking a closer look at all the craps bets that players are able to make when playing real money craps.

However, if the first roll adds up to ‘2, 3 or 12’, everyone on the pass line loses. Those three numbers are known as ‘craps’. If no ‘craps’ or winning numbers are rolled on the first throw, players are left with ‘4,5,6,8,9 and 10’, which are displayed on the craps table.

The following example will help you understand what happens in order for players to win on the pass line if no ‘7’ or ‘11’ are rolled.

If the shooter rolls a ‘5’, the dealer will mark the number ‘5’ with the puck and the shooter will need to roll a ‘5’ before he rolls a ‘7’. If that happens, everyone on the pass line is a winner. The same applies to all the numbers marked on the craps table, which are ‘4,5,6,8,9 and 10’. The other numbers won’t matter once the shooter has a point or a target number. Once the shooter hits a ‘5’ or a ‘7’, then the shooter starts all over again.

This is the most important bet in craps betting and it’s very simple to understand. The odds bet is simply an additional bet that can be placed to your first bet, which can be placed at any time once the shooter has picked up a number.

You’re able to take the odds when you have already placed a pass or come bet (explanation below). You’re essentially be betting that the shooter will make the pass line. It’s pertinent to note that ‘taking the odds’ is worth placing depending on the number of combinations it takes to make the point.

This is one of the least popular bets which is placed in craps betting. Taking the example above where the shooter has 2:1 odds when ‘taking the odds’, except for the fact that you’ll be betting against the shooter with odds in your favour. In the ‘Don’t Pass Bet’ you’ll be betting that the shooter does not make pass line, i.e. that the shooter will roll a seven before he rolls a four. The odds will be reversed and from a $20 bet, you’ll can only potentially make $30, including your original stake ($10 profit). This is also known as ‘laying the odds’

If you’re looking to get more numbers covered, you’re able to do so with the ‘come bet’. For instance, you’re waiting for the shooter to roll a four to make the pass line but you want a little more action to spice things up. All you need to do is place a ‘come bet’ and the next point the shooter makes will be your ‘come bet.’

The ‘Place Bet’ allows players to bet on any number on the craps table. All you need to do is place your chips on the ‘come bet’ section of the table and let the dealer know that you want to play specifically on a particular number.

The odds for the ‘place bet’ are not the most lucrative and some online casinos may charge a little fee for placing ‘place bets’, especially when backing on the six and on the eight. This is because there are many combinations that make those numbers and if a little fee is not in place, the casino will lose its a small house edge. 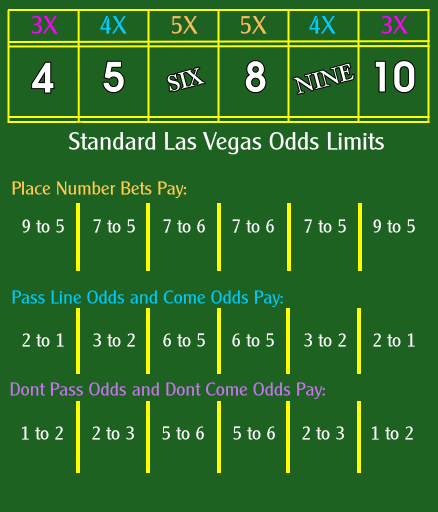 No other number has such a high probability and this translates to 16.67%. It’s paramount to know the mechanics of craps and the type of odds you’ll be getting in craps betting.

The house has a 1.41% advantage on a ‘Passline bet’ and 1.36% on a ‘Don’t Pass. Most players bet the Pass line because the house edge is low. Players who bet on the pass line are referred to as ‘right bettors,’ while those who bet against the shooter are called ‘wrong bettors’.

Players have the option to lay their odds when betting on the ‘Don’t pass’ option even when the point has already been determined. This results in the same odds the house gives on a Pass/Come bet. This essentially means that if you bet on the ‘Don’t Pass’ with odds significantly lower, you’re still able to make a decent amount as you’ll be lowering the house edge.

As explained above, bets on any of the craps numbers will be successful if the roll is 2, 3, or 12. Players will lose their bets if any other number is rolled. These types of bets favour the house greatly. The following is a little breakdown of the odds:

Research is of the utmost importance when choosing the best casino to play craps online. Odds vary from one online casino to the next and since you’ll be playing real money craps, it’s paramount to ensure you’re getting the best value.

The bonus amount is usually capped p to a certain amount, for instance ‘100% Deposit Bonus up to $500. These welcome bonuses are a great way to get acquainted with the game and there’s nothing better playing real money craps with bonus money. 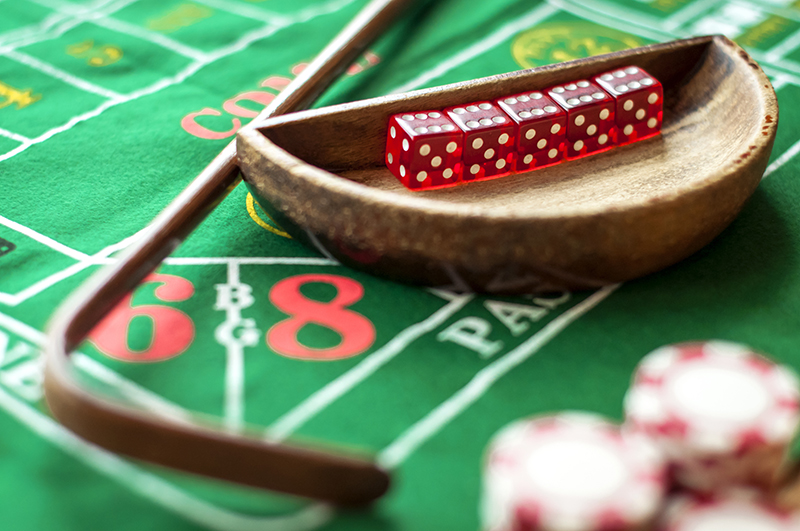 Craps is one of the most exciting and fast-paced games in the casino world. Since players can make money together, it adds a social element to the game which livens up the casino.

Everyone is intrigued when there’s a hot streak going at a craps table at a land-based casino but don’t be fooled, playing real money craps online is a thrilling experience just the same. It’s the betting structure which makes the game so exciting and online craps deliver the same thrill but can be done from the comfort of your own home.

Forget the Tuxedo or any fancy attire, you’re now able to play your favorite casino game from anywhere, as long as you have a secure internet connection.

In this modern-day and age, online casinos have the advantage of offering online craps on any mobile device. Whether you’re waiting at the dentist or 50,000 feet in the air, you’ll always be a few taps away from betting on the pass line.

Some online casinos have special welcome bonuses for players who sign up through mobile, so make sure to scour the site for the best mobile promotions

As explained above, craps is a rapid game full of action and although the craps table might seem intimidating at first, you’ll quickly understand that the game is pretty simple to play.

Play for free first before playing real money craps so you’ll get a better understanding of the betting structure, the terminology and odds of the game. When you feel that you’re ready to play real money craps, cash in on a hot welcome bonus to get more bang for your buck.

There’s no better feeling when gambling online than playing with money given by the house.