Slot games with an Asian theme can be easily found at online casinos, with many different games of this type having been released.

So how does the Golden Pig game, which is by Pragmatic Play, compare to its rivals? Our fully detailed review will give you all the details that you need about this slot – so read on! 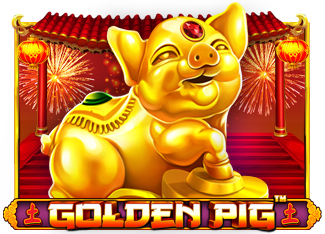 The Golden Pig slot gameplay takes place on a 5×3 grid, which is quite standard for modern online slots, with Pragmatic Play not opting to do anything too radical in this area.

There is a relatively low minimum bet, which means Golden Pig is a game that can be played by anyone, though there is the option to go high for a single spin of the reels on this slot as well.

Return to player on the Golden Pig online slot from Pragmatic Play stands at 96 per cent. This is quite standard for games at online casinos and represents fairly average value to players.

There is also an auto-play function, which will come in handy for those players who like to take the chance to kick back and relax when they log in to their favourite online casino sites.

Various symbols inspired by the Oriental world can be found on the reels in the Golden Pig game. A, K, Q and J are in place as some of the lowest-playing symbols in this slot.

Players will instead be hoping that their spins throw up symbols such as the drums, the fireworks or the fruit, which all pay a lot more than the A, K, Q and J symbols.

The best-paying symbol on the reels is the golden pig, which also acts as the wild symbol. The golden pig also has a design that makes it stand out a lot compared to the other symbols.

There is also the Chinese money tree – which is the game’s scatter – and the dragon which pays a decent amount out to players.

Players who get the Chinese money tree on one of their spins when playing Golden Pig at online casinos can get five free spins if three of the symbols appear from the same spin.

When this happens, the three middle reels on the Golden Pig online slot will all spin as a single giant symbol. Additional free spins can be retriggered as this bonus game on the slot.

The money respins feature is one of the best parts about the Golden Pig online slot and will keep playing coming back for more.

In this bonus feature from the developers at Pragmatic Play, the money symbol is a lantern. In the event that six of them appear on the reels from a single spin, the bonus game begins. Normal symbols fade out of view as a result, with only the money lanterns showing.

Players will get the grand jackpot that is up for grabs on the Golden Pig online slot if they are lucky enough to get money lanterns in all 15 spaces on the reels during the bonus round. 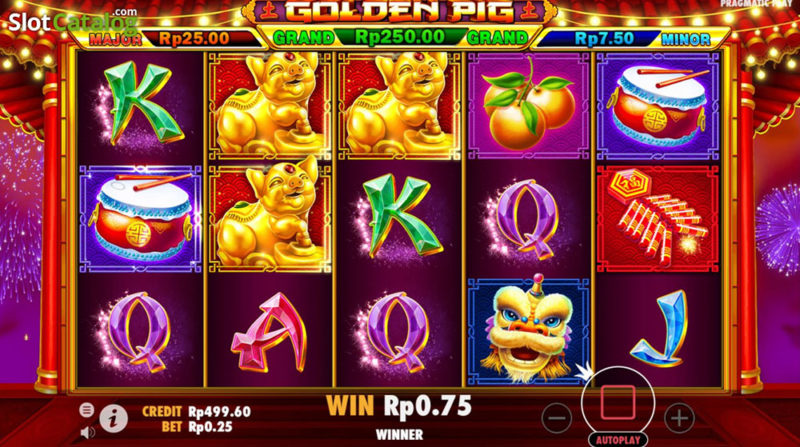 Golden Pig is a fun online slot to play, even if its Asian theme is not really anything particularly original from the developers at Pragmatic Play.

The bonus features are quite generous and with medium variance, players have plenty of chances of getting through to the bonus games where the big money is up for grabs. RTP of 96 per cent is quite good too, with lots of slot games these days failing to hit that mark.

It is fair to say that the money respin feature is one of the best bonus rounds seen in any slot to have been released from Pragmatic Play so far, with some very good payouts available.

The design and theme of the slot is far from novel, however, and most online casino players will have experienced games that are quite similar to Golden Pig in the past.