John Hunter and the Book of Tut: Game review

Firing up the John Hunter and the Book of Tut online slot game might give players a serious case of deja vu.

That is because the game looks very similar to the Play’n GO slots series featuring Rich Wilde, with the character so far starring in games called Pearls of India, Aztec Idols and Book of Dead.

But how does John Hunter stack up against Rich Wilde? Read on for our full slot game review. 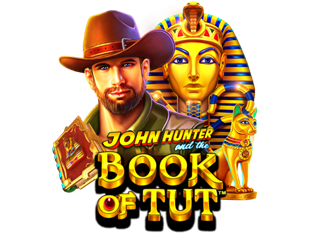 John Hunter and the Book of Tut slot gameplay

This 5×3, 10-paylines video slot from Pragmatic Play offers the chance to win up to 5,500x your stake from a single spin of the reels.

There is no doubt the John Hunter and the Book of Tut slot feels very similar to the aforementioned adventures with Rich Wilde. This is unlikely to be accidental on the part of Pragmatic Play, as those Rich Wilde slots are some of the most popular in the whole industry.

John Hunter has already featured in some other slots, so a lot of casino players will be familiar with how this game plays.

The free spins round – more on which later – is the key to success on a slot that is highly volatile and therefore unlikely to pay out small wins on a regular basis.

John Hunter and the Book of Tut winning symbols

There are 10 different John Hunter and the Book of Tut winning symbols to look out for when spinning the reels of this Pragmatic Play game.

The lowest-paying of them will be familiar to any online slots fan, with the ace, king, queen, jack and 10 cards all featuring on the slot.

Elsewhere, things get a bit more innovative and exciting with icons that are inspired by ancient Egypt, as one would expect from the theme of this game.

The top paying symbol is unsurprisingly the John Hunter character from the name of the slot, with this icon paying 500x your stake if you are fortunate enough to land five on a payline.

Next up is the Pharaoh Tut with 200x your stake offered for five of those, while five of the Golden Cat pays 75x, the same as the game’s scarab icon.

John Hunter and the Book of Tut special features

The free spins round on John Hunter and the Book of Tut gives players at online casinos the chance to enter the Chamber of Winnings through the game’s special bonus game.

Just three of the Book of Tut symbols need to pop up on the reels to trigger the bonus round, which sees 10 free spins handed out to the player.

There will also be one of the game’s symbols selected automatically at the start of the bonus game and whenever it appears, it will expand to fill the entire reel.

Naturally, this works in a very similar way to in Rich Wilde and the Book of Dead, but it can lead to big wins for those who get one of the top-paying symbols when they start the bonus round.

A great thing to note about the special features on the John Hunter and the Book of Tut is that the free spins round can be retriggered a couple of times as well. 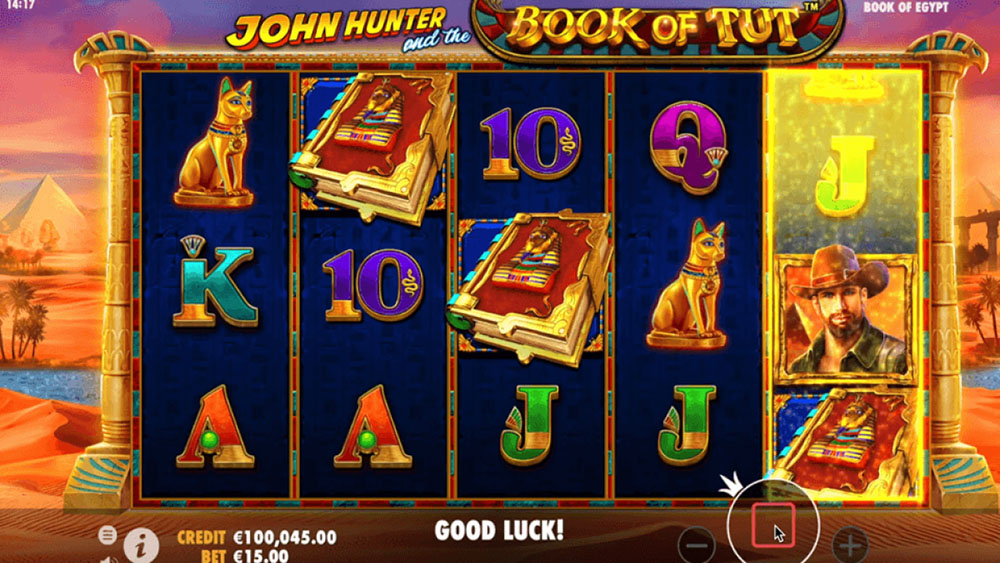 Why play John Hunter and the Book of Tut?

Fans of the John Hunter series – regardless of its similarities to the Rich Wilde games – will find plenty to love about this new Pragmatic Play slot.

Following in the footsteps of Da Vinci’s Treasure and the Tomb of the Scarab Queen, John Hunter and the Book of Tut pays out at 96.5 per cent RTP, which is very strong indeed.

The high RTP, coupled with high volatility, means this is an exciting game to play due to the large wins that can crop up, though most of them are likely to come through the free spins round.

It can be argued that both Da Vinci’s Treasure and Scarab Queen were slightly more inventive than Book of Tut in terms of the special features included within this slot.

But the game looks fantastic and the prospect of high payouts is sure to appeal to slots fans.