Live casino games are all the rage nowadays. Many in the industry believe this is the direction that online casinos will be taking in the coming years. Not only can players pick classic casino games like roulette and blackjack at the live casino, but there are other options to boot. One such game to have been launched relatively recently is Monopoly LIVE, which came out during 2019.

Hailed as the ultimate live casino experience, Monopoly LIVE adds an extra dimension to the classic board game that continues to be popular all over the world.

Monopoly LIVE is easy to get the hang off, but is this live casino game worth playing?

Monopoly LIVE works off a chance wheel, making it similar to a lot of the other live casino games that have been launched on to the market over the course of the last few years.

On the face of it, the similarities between the board game and Monopoly LIVE may appear to be quite remote, but it is in the bonus game where the inclusion of the brand becomes obvious.

Elsewhere on the board there are also spaces for a two-roll bonus and a four-roll bonus. These are some of the best spaces on the board, so Monopoly LIVE players will be hoping to hit them.

The Chance space is one of the most exciting on the board. When this happens, either a multiplier will be added to the game or the player will be given an instant cash prize. If there is a multiplier, this gives people the opportunity for big wins – especially as Chance can be repeated.

Special features are where Monopoly LIVE really comes into its own. The roll bonus positions are rare on the board, but when a player bets on them and they land, the bonus game starts.

In this part of the game, players are taken to a virtual animation of a classic Monopoly board. As players would expect, Mayfair is the most expensive space on the board, so it is the most profitable to land on during the bonus game in Monopoly LIVE too.

Chance and Community Chest spaces are also present on the board, but these are not always good as they can reduce the amount of money a player wins from a spin, as well as increasing it. In the event the player is able to pass Go, all of their winnings so far will be doubled as well.

The bonus game is hugely fun to play, but it is the chance – pun intended – to win large amounts of money in this part of Monopoly LIVE that really makes it stand out from the crowd. 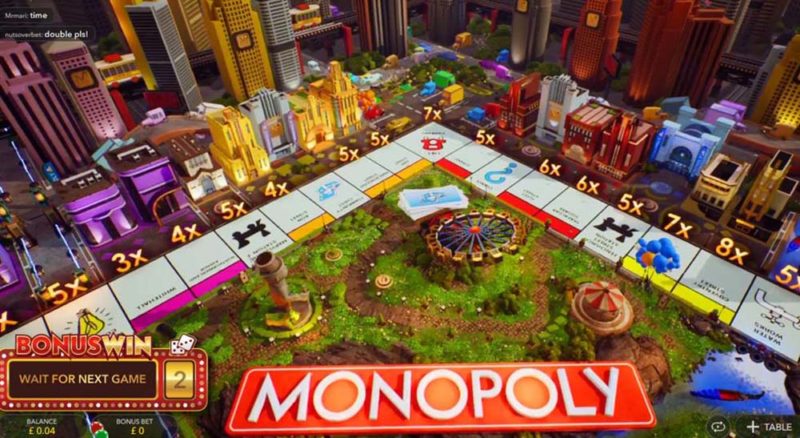 Many players have tried out the live casino games at online casinos and have been disappointed. The options available do not appear to have made the most of the modern technology that is available, with the games less impressive than many new slot games.

This is not the case on Monopoly LIVE, where the graphics in the bonus game are almost as good as those on a video game for a top console like the PS4. The thrill a player gets from making their way around the board on the Monopoly LIVE bonus game cannot be described.

The chance wheel part of Monopoly LIVE is not quite as exciting, though, while the return to player for some of the possible bets is very low at just over the 90 per cent mark. But the opportunity to play on the Monopoly LIVE bonus game is what will be attractive to players here.

Live casino games are set to explode in popularity in the coming years, with Monopoly LIVE a strong opening offer. More games will follow in the footsteps of Monopoly LIVE in the near future, but for now this is one of the best games to play at the live casino right now.